The Auto-Sleepers story began in 1961 when the Trevelyan family were searching for a touring holiday with a difference. They landed up building their own motorhome based on a Morris J2 van.

Before long they had an order for five motorhomes based on that prototype and so the business got underway.
Sixty One years later and Auto-Sleepers are thriving as one of the main British Motorhome Manufacturers.

This range of eight models all have a Gross Weight of no more than 3500kg so they can be driven on standard driving licences, come as standard based on a 160bhp Peugeot Boxer with Fiat Comfort-matic as an option.

There is choice of body colours across the range and Glide-Rite semi-air suspension is included to upgrade the Peugeot’s system.

All models also have a solar panel fitted, have a space saving underfloor LPG tank, a DAB radio, SatNav and Bluetooth connectivity, plus a Sargent CAT6 Tracker and Dometic Seitz window blinds.

At just 5.4m long, the iconic Symbol is a compact campervan with two berths and three seatbelts.

The Symbol Plus at 6m long features a corner rear kitchen with a bathroom in the other corner. Like the Symbol it has two berth and three seatbelts.

The Warwick Duo is a 6m is a rear lounge two berth.

The Warwick XL features a larger bathroom and longer bed in its 6.4m body.

In the Fairford you have front and rear lounges, four berths and four seatbelts and is 6m long.

The Fairford Plus has front and rear lounges, four berths and four seatbelts and is 6.4m long.

In the Kemerton XL a large across the rear bathroom is the feature for this two berth 6.4m long model.

The Kingham is the model with a French (corner) bed and a front lounge in a 6.4m body. 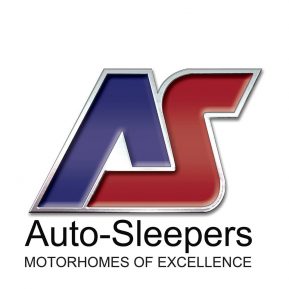